PandasAPussy
Damage:
70.353M
Type:
Stealing Borrowed Items
Story:
In a clan Bingo event, I was assigned with a player. I had been doing kbd for a few hours. He wanted to join but didn't have a DHL so I lend him one to maximize kill efficiency. He never gave it back. The organizer in the clan dm'd me on discord asking what happened to the player. I said, I lent him a lance why? He then replied: ohhh that explains it. And I was like what? The he said he left the clan, blocked him on discord, clan owner and myself. I was like K...
Victim:
GVO Panda
Evidence: 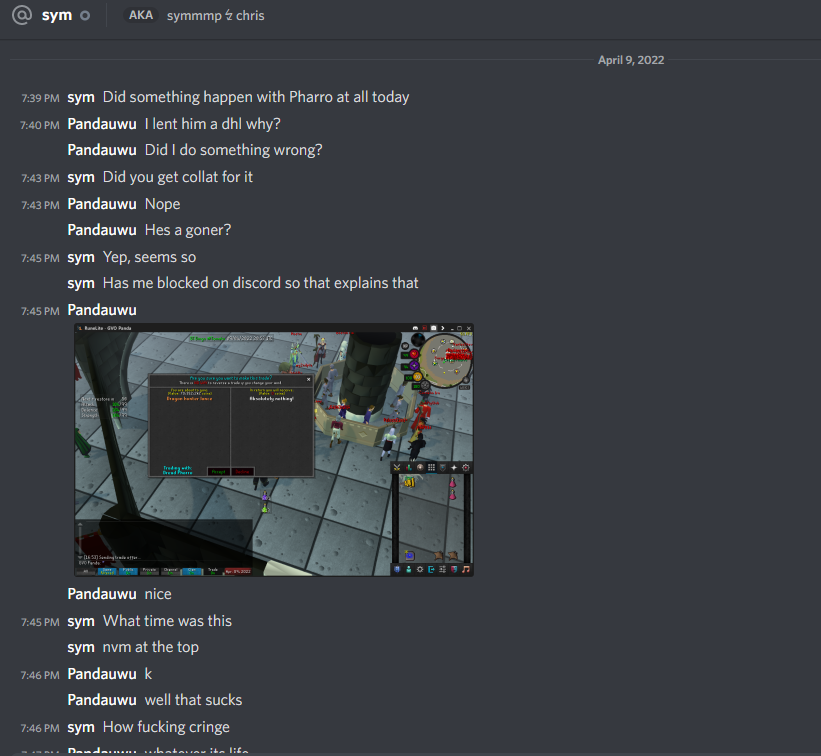