doughdin
Damage:
629.508M
Type:
Stealing Borrowed Items
Story:
I loaned gear to Sherb "PVM gains" at the time while he was a member in my clan. When it was time to return the gear he disconnected from voice, logged out of the game, and blocked me on discord. Most of the conversation at the time happened on voice so I didn't have much proof. He messaged me apologizing months later so I'm submitting a case now that I have proper proof. The screenshot of the gear trade was his screenshot that he sent to me. I didn't originally take a screenshot when I loaned the gear - I asked him to show me what gear he had of mine so I could keep track of what I had loaned out. He had borrowed gear for months prior to this incident so I didn't screenshot the trade myself.
Victim:
ladywarrior
Evidence: 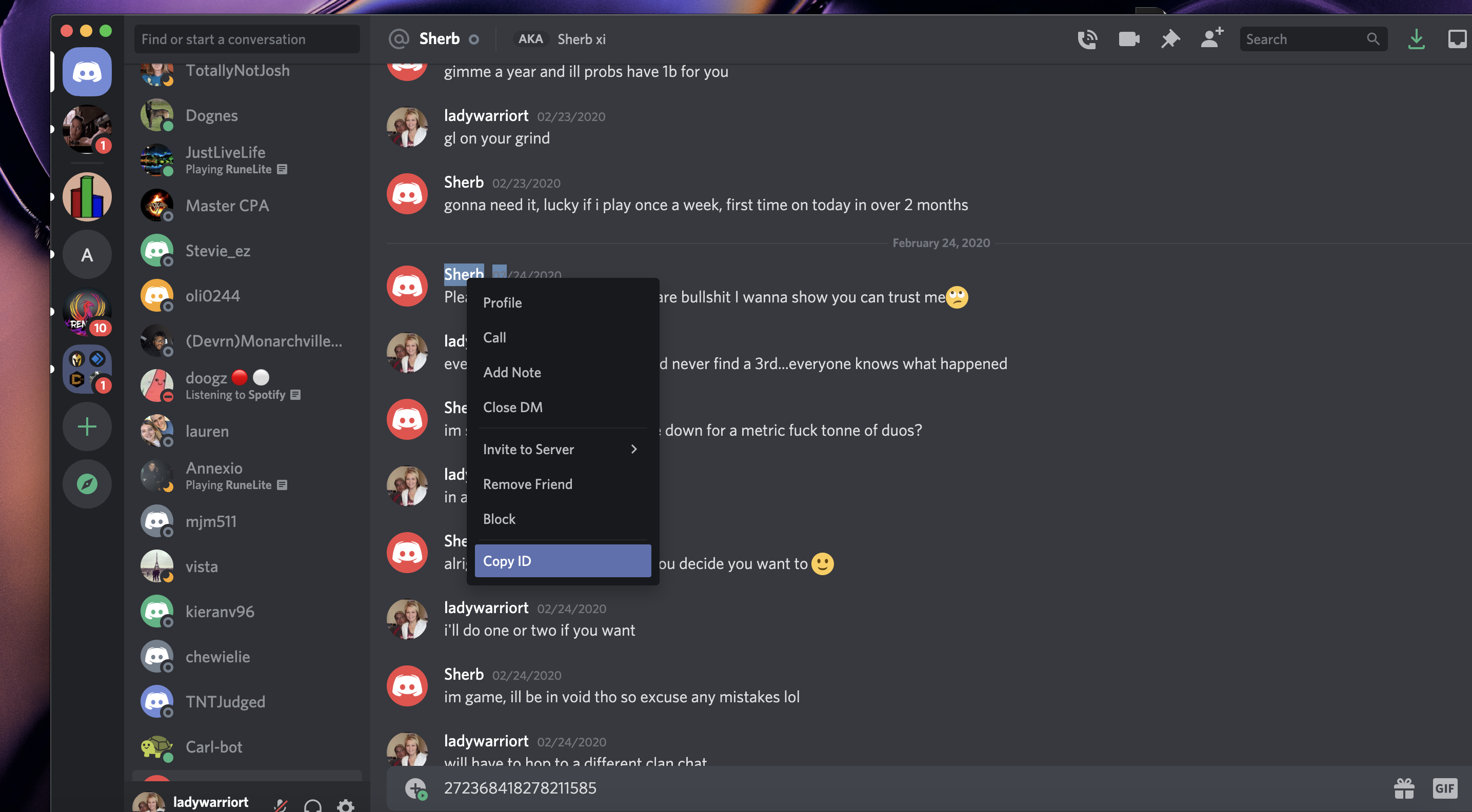