vroomfrog73
Damage:
2100M
Type:
Stealing Borrowed Items
Story:
I had known this person for roughly the past 5 years, had been in a CC with them at one point early on, and had continued to pvm with them. I had let them borrow gear on multiple occassions, and they had always returned it no problem. However, he had again asked to borrow gear to do a quick inferno runs, and having no issues with him scamming in the past I lent him the items. Upon trying to ask for the items back, it appears he has now blocked me in game and on discord.
Victim:
ImALilPigBoy
Evidence: 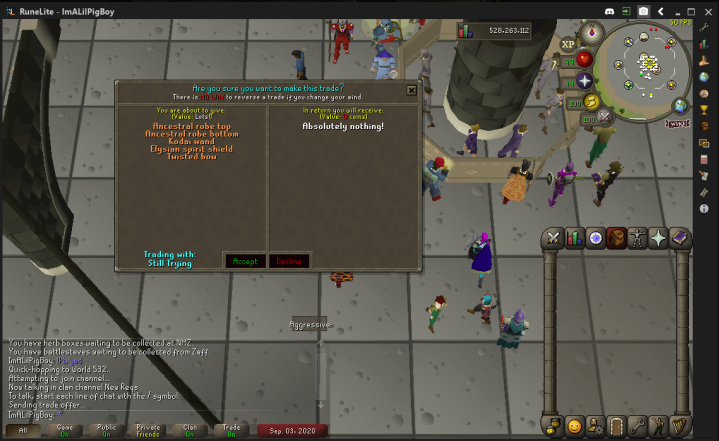 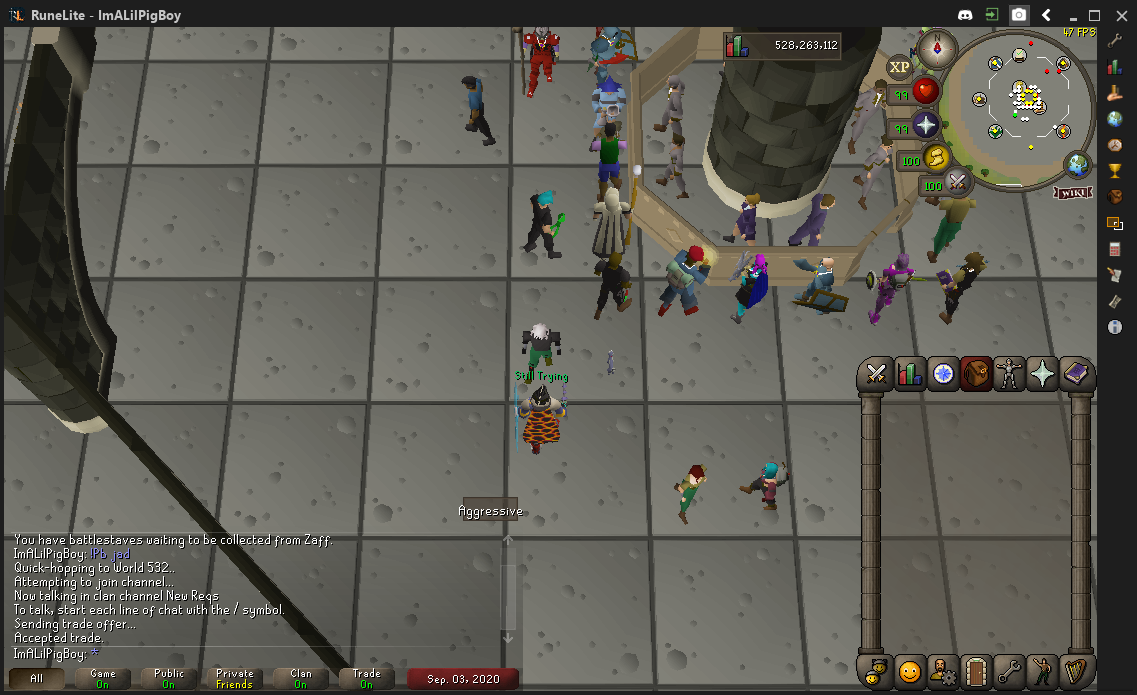 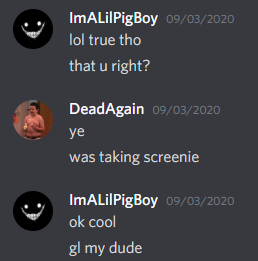 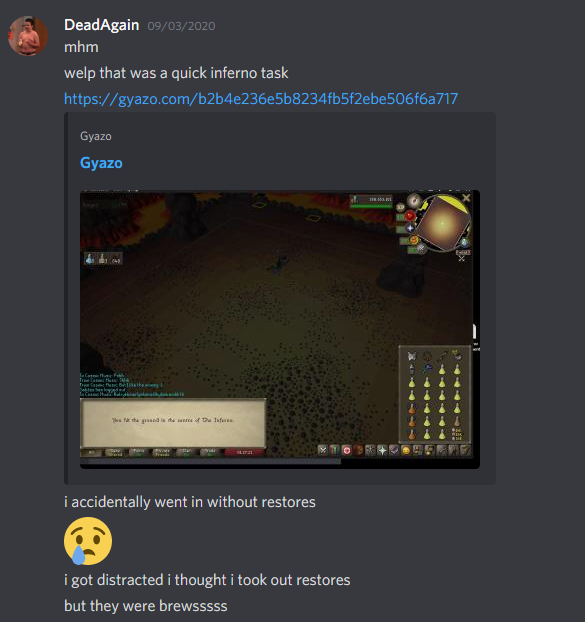